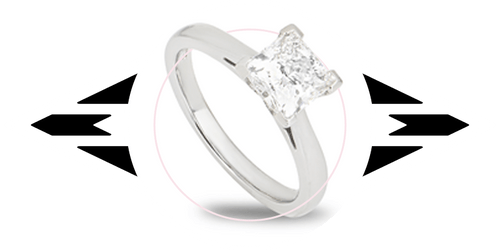 Few luxury jewellery brands anywhere in the world have been run by the same family for six generations. This is one reason why the historic British manufacturer,

Few luxury jewellery brands anywhere in the world have been run by the same family for six generations. This is one reason why the historic British manufacturer, Boodles, is so special, as it has remained an independent family business since the 18th century.

The founders, skilled silversmiths, set up a small business in Liverpool in 1798, specialising in watch and jewellery making. Today, more than 200 years later, Boodles jewellery is renowned all over the world. The company has an estimated net worth of £54 million and boasts a network of ten luxury showrooms. 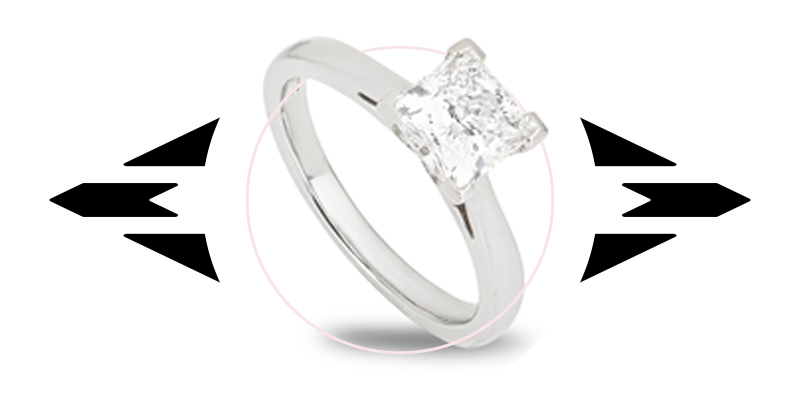 In a world of mass consumerism and multinational companies, it's refreshing to see that Boodles luxury jewellery remains exclusive and independent, more than two centuries after its foundation.

Back in 1798, George III was the King of England and the nation's youngest ever Prime Minister, Tory leader William Pitt the Younger, had been in office since the age of 24 in 1783. His announcement of a new tax, Income Tax, in December 1798, wasn't popular.

France was at war with England and Admiral Horatio Nelson's fleet had destroyed the French fleet at the Battle of the Nile, the climax of a major Naval campaign that had raged for months.

The world was a very different place when the Kirk family decided to set up their luxury jewellery business in the heart of Liverpool. London was the nation's financial and commerce hub, so launching their brand in the north of England wasn't the norm.

It was a clever move, as Liverpool became one of the wealthiest cities in the world at the heart of Britain's trading empire. An affluent merchant class emerged as exotic goods from around the world passed through the city. Kirk & Co enjoyed success and attracted a wealthy clientele.

Growth In The 19th Century 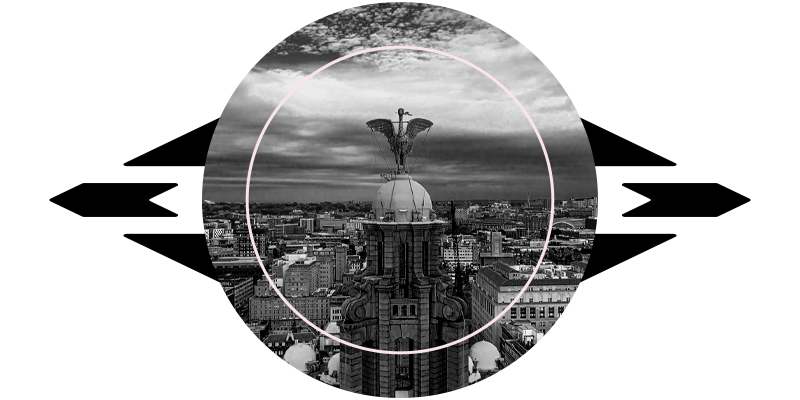 Entrepreneur William Wainwright saw a business opportunity when he took over Kirk & Co, renaming it Wainwright, in the mid-19th century. The Wainwright family owned another Liverpool luxury jewellery store and acquiring their main rival grew their business empire.

William's son, Henry, then took over the family business. He had first joined as an apprentice who was passionate about jewellery. He was a natural successor to William, who retired in the 1890s.

Throughout the 19th century, the Wainwright family continued to grow the luxury jewellery brand by producing exclusive jewellery and timepieces. Their shop windows were adorned with lots of intricate silver items, candlestick holders, grandfather clocks, carriage clocks, watches and exclusive items of jewellery.

When competing with other luxury jewellery brands, Boodles prides itself on the fact it's not a faceless brand. The company has always added a personal touch, building up a very real relationship with every client over a long period of time. It's never "just a transaction".

Boodles In The 20th Century

Henry's two sons, Harold and Herbert Wainwright, acquired another firm of Liverpool jewellers, Boodle and Dunthorne, in 1910. They purchased the stock, premises and goodwill of the company, which specialised in rare objects d'art, jewellery, silver, antiques, gold pocket watches and special timepieces.

The Boodle and Dunthorne brand name was retained. In 1934, Boodles House - still the company's head office today - opened on the corner of North John Street and Lord Street in Liverpool. When King George V visited Liverpool to open Birkenhead Library, Boodle and Dunthorne was commissioned to make a decorative silver box to present to the monarch.

Herbert's son, Captain Antony Wainwright, inherited the family business in 1945, following his father's death. The brand's expansion gathered pace during the late 20th century. Boodles opened a second store in Chester in 1965, followed by a third in Manchester in 1982.

Antony's sons, Nicholas and Michael Wainwright, took over Boodles from their father in 1992. Under their leadership, several stores were opened in London, the first being on Brompton Road, opposite Harrods. They later moved the flagship store to number one Sloane Street.

In 2007, Boodle and Dunthorne became officially known as Boodles. At the time, the company said although "Boodle and Dunthorne" was a lovely name, they had to "move with the times". Nicholas told reporters many people already called the brand "Boodles", so they decided to use the name, as it was "shorter and snappier".

Today, Nicholas and Michael own and run Boodles as chairman and managing director. Their nephew, James Amos, the company's marketing director, is the sixth generation of the family to take their place at the helm.

James said, in a recent interview, he had to "earn his stripes" to get the call-up to the UK's most historic fine diamond retailer. It was by no means simply "getting the nod" due to his family connection and he needed an excellent grounding in the jewellery business.

How Boodles Became So Popular 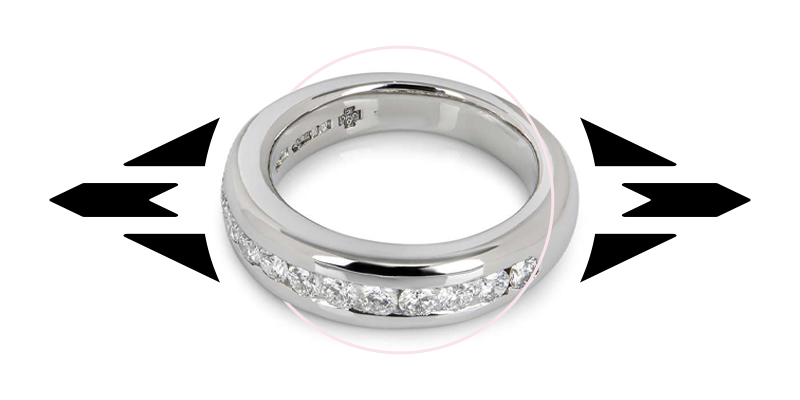 Boodles has established itself as one of the top luxury jewellery brands in the world, thanks to its high-quality jewellery and its reputation as one of the UK's leading importers of fine diamonds. In recent years, the diamonds aspect of the business has become increasingly important.

Family members spend a lot of their working life sourcing interesting stones from around the world. Boodles recently linked up with South Africa's Cullinan Mine to acquire some of its most interesting diamonds. Many of the finest blue diamonds in the world are sourced there.

Sometimes, Boodles buy to order, sourcing something special for clients. At other times, they buy exclusive diamonds to present to the designers and ask what interesting jewellery pieces they can be made into. They always aim to add an interesting design to every diamond offering. 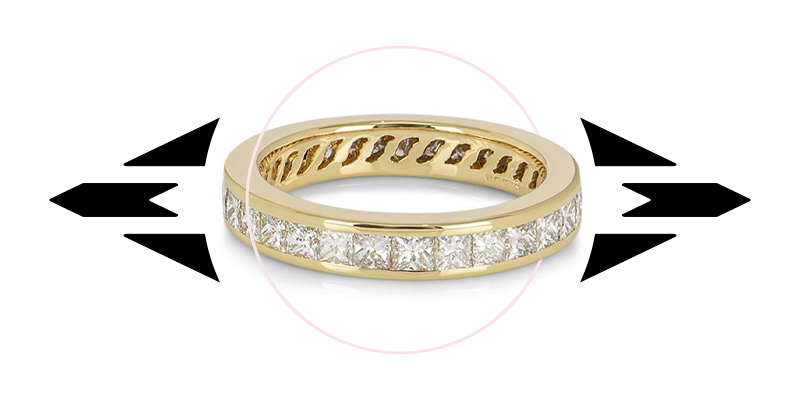 In 1990, Boodles took on designer Rebecca Hawkins, who remains with the company today. Her first jewellery collection, called Hug, was a big success. Over the past three decades, Boodles has designed and created more collections, something the brand describes as a "renaissance".

The company leaders have retained the same core values as their ancestors, but say they have "changed immeasurably" in terms of what they have on offer. Boodles' fine jewellery collections are described as having an organic feel. Some collections have a floral theme, others are inspired by the purity of water.

The Poetry of Landscape collection was inspired by key places around Britain, including the Jurassic Coast, the South Downs, Cornwall and the Yorkshire Moors.

Boodles also collaborated with the Royal Ballet to produce an exquisite jewellery collection, after Hawkins spent two months sitting in on rehearsals and spending time with the dancers to get a feel for the project. She also looked through the Royal Ballet's archives for inspiration.

The “Always a Story” collection, part of Boodles' Wonderland high jewellery collection, comprises 25 individual pieces. It follows the company ethos: behind each design, there's always a story. The heritage of Boodles adds something special to the brand's contemporary jewellery.

Boodles' high jewellery collections give the designers the chance to do something amazing, as they have carte blanche to go away and create the jewellery pieces of their dreams.

One of Boodles' most iconic pieces, the Raindance ring, was inducted into the Victoria and Albert Museum's permanent collection in 2010. It also became the star of a behind-the-scenes documentary on Channel 4 in 2014.

Where To Buy Boodles Jewellery

If you're looking to purchase Boodles jewellery we have a variety of pre-owned pieces for inspiration.

As one of the UK's premiere pre-owned luxury watch and jewellery dealers, we guarantee every jewellery piece sold is authentic. We will provide the original certificate of origin where possible so our customers can buy with confidence.